Buford may be the smallest town in the nation, but it has a big Buford Wyoming history. 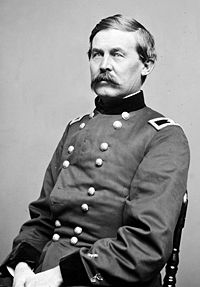 Buford, Wyoming was named after General John Buford, a hero of the Civil War. Buford led the unit that fired the first shots at the battle of Gettysburg, and distinguished himself in many other battles. John Buford was a lifetime military man and the beginning of Buford Wyoming history. 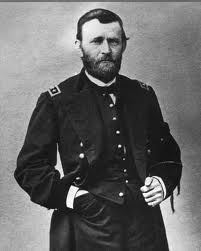 President Ulysses S. Grant stopped here in 1869 during the first year of his presidency. Grant was the 18th President of the United States (1869–1877) as well as military commander during the Civil War and post-war Reconstruction periods. Grant is best known for his command of the Union Army defeating the Confederate military, thus ending the Confederate States of America and Civil War. 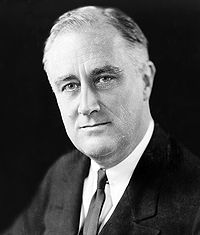 FDR was the 32nd President of the United States (1882-1945). He is the only president elected to more than two terms. Roosevelt is best known for the “New Deal”, programs designed to produced relief, reform and recovery for American citizens. Roosevelt’s New Deal programs worked hard in the railroad system in Buford, Wyoming as it did across the south, uniting white, Latino and African American peoples in the workforce. 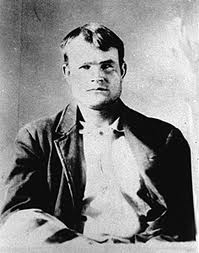 Butch Cassidy (Robert Leroy Parker) was a notorious American train robber, bank robber, and leader of the Wild Bunch Gang. Cassidy allegedly robbed Buford, Wyoming at its height of existence. He was captured and spent some time enjoying the hospitality of the Wyoming Territorial Prison in Laramie, about 26 miles west of Buford.

As a Second Lieutenant before the Civil War, General John Buford was assigned to the 2nd Dragoons, and traveled to Salt Lake City. We believe he came through Buford, Wyoming and gave his name to the town that lives on today. Buford was originally founded in 1866 as a fort, built to protect the railroad workers building the first transcontinental railroad and settlers moving west.

We also have some fascinating and unusual items, such as whistles made from elk antlers, and authentic stick pens (it’s a fully functional pen whittled from a western tree!)